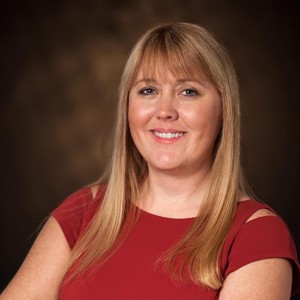 Crystal Taggart is a specialist in Bots and AI, and LOVES all automated things.

What is predictive analytics?

Predicting an answer requires historical data. The data is then applied to a sophisticated algorithm used to identify a pattern and a sophisticated math formula calculates the probability of a result based on the data provided. Using customer churn as our example (i.e., will they cancel – “yes” or “no”), we’ll walk through how an algorithm works and the process of creating it.
First, you load a set of data that key information that leads to a predicted answer – in this example, “did they cancel.” You identify what data most likely predicts the answer. Data that can cause noise in the calculation, such as name or email address, is removed from the data set and data that might predict cancellation remains – this is typically key demographic or psychographic information (things like age, gender, annual income, activity can all be used to predict cancellation.)
Second, you train the algorithm with your data. You provide it both the data that predicts the answer while also providing the answer (such as, did the customer cancel as expected). This data is randomly split between between a training data set and a test data set. The training data set is used to calibrate the algorithm. The test data set verifies the accuracy of the algorithm.
Third, you test the algorithm to verify the results. This means that you evaluate the results to determine accuracy – for example, how many were false positives and how many were false negatives. A false positive is when you predicted a customer would cancel and they did not. A false negative predicts that they would not cancel but did cancel. An overall accuracy for a ‘good’ prediction is 80-90% accuracy which means the algorithm isn’t going to be perfect and your process needs to support that it might be inaccurate for a fraction of the results.
Fourth, once the algorithm meets a high enough accuracy rate, you roll out the algorithm through an API that can be used to predict the answer and then act accordingly. An example of how this might be used is to extend a special promotion to a customer who is predicted to cancel with a reduced price if they purchase within 24 hours.

It’s not generally a good idea to ‘set it and forget it’ when launching predictive analytics. Consistently measuring your results is crucial to long-term success.

Measuring the process is four-fold. Using the same customer cancellation example as before:

When deploying predictive analytics in your company, a key component to keep in mind is that as your company evolves, your customers may change and the math formula that was used to predict the initial cancellation rate may have accuracy diminish over time. It’s a good idea to A/B test your offers and incentives to verify that they are still effective. You can even perform predictive analytics on offers to predict what offer a customer is most likely to respond positively to.
Most businesses have ever-changing customers over time, which means you are predicting the future of a moving target. Hence, it’s crucial to evaluate that the process is still working and accurate.

Because you are influencing the customer’s behavior, it’s important to identify if you are still getting the results you need through the campaign. A predictive analytics campaign is the same as any campaign with an ROI, it just comes at a different part in the sales funnel – particularly with retention metrics. For example, “Iis the retention campaign keeping more customers and adding to the bottom line?.”

It’s easy for customers to figure out patterns and share that information with others. There are dozens of outlets for customers to communicate holes in your process and share your communications. Imagine an email with a 50% discount code sent to high-risk cancellation accounts., Today it takes less than 30 seconds to share that discount code on various discount websites or to share it on social media platforms such as Twitter or Facebook.

An algorithm detects a probability of a result, like “the customer has an 80% risk of churn.” Most systems that you integrate with need a binary decision, such as “send the email or don’t” at a certain threshold. This is where either management decisions or artificial intelligence (or both) is required to maximize the result. For example, perhaps you decide that when a customer is identified as having an 80% probability of cancelling their subscription, you want to email a discounted offer to retain them. However, is 80% the optimal predicted threshold? What about those that have a 60% chance of churn – is that high enough risk to offer a discount? Or, looking at it from the other direction, if a customer is at an 80% chance of leaving, is it even worth giving away a discounted service if they’re going to ultimately leave regardless? They key to navigating the gray area is to assign someone to determine these thresholds and have them monitor the results so the algorithm can be refined over time.

Predictive Analytics is a very powerful tool that any business can use to make better decisions and get better results for their customer growth or retention campaigns. Used correctly, you can increase your top-line revenues, reduce risk for your organization and ultimately, increase your bottom-line results. When used incorrectly, you can be exposed to fraud, increased risk, and reduced profits. Why We LOVE Grafana for Dashboards and Analytics My original intent was to build a visualization solution. But then I found Grafana and fell in Automation in 2020 – Beyond Drip Campaigns Predicting customer behavior can be easy if you are analyzing your customers and leads. Using advanced segmentation, you can predict how your customer will respond in a number of scenarios including churn, offers, upsells and more.

Your Marketing Attribution is Wrong (And How to Fix It)

Marketing attribution is hard. Correctly tracking your attribution can determine the ROI on your campaigns and help you optimize your marketing performance.

AI is still in the very early stages of adoption at most companies or a ‘wish list’ item for others.

For even more companies it’s a source of confusion – what is AI, what does it do, how can I leverage it for my business, and how can I prepare?

Our mission is to enable companies of any size to leverage AI for their Marketing, Sales, and Customer Service. We believe in helping companies do more with less. The AI Revolution
The Future of Profit

Enter your email to receive the link instantly.

You'll also get a free copy of our book Marketing AI: 90 Days to AI-Driven once it's released.

We might send you a product update every once in a while, but we promise not to spam you.